This is a bit of a brain teaser. The almond shapes twist round and fan out like a deck of cards. I have begun to uncover the forms carrying out one cut on each form and then repeating it until all the forms have received the same treatment. Reaching inside the hole will be most awkward but can be left until most of the outer more accessible forms are well advanced. This sculpture is more figurative than most of the sculptures in this series. By this I mean it is closer to a natural form rather than actually looking like a figure. I generally do not like to come too close to representing something in the natural world. I prefer the sculptures to stand a little more apart. 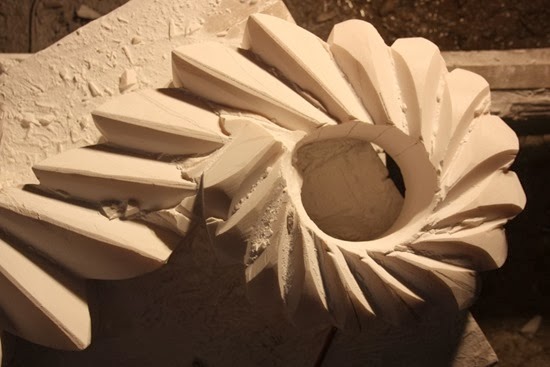 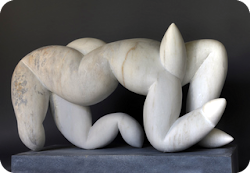