Today was wilder and wetter than ever. The battered tarpaulin blew off and I retreated into the barn. I spent several hours trying to decide what to do with the new block of onyx and ended up splitting it down its fault line with plugs and feathers. These consist of a long thin teardrop shaped piece of metal split down the middle and dropped into a drilled hole.A wedge is then banged in between the two halves pushing the two parts apart. It split perfectly and easily and made me glad I had not tried to make a single sculpture from the block as it would almost certainly have broken. You can see the block just after splitting still with the plugs and feathers attached. 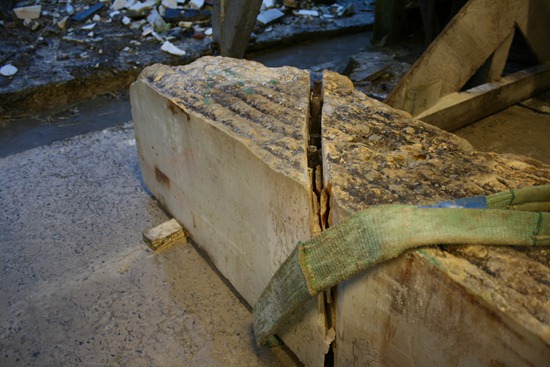 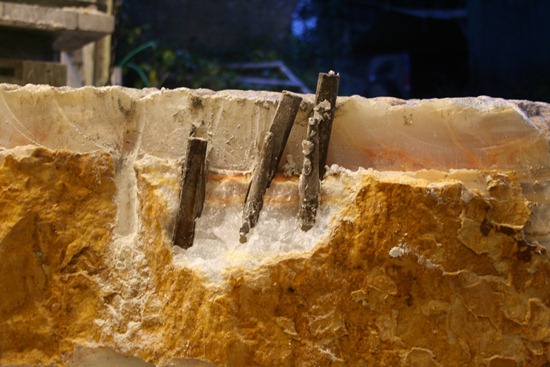 The brown area shows that the stone has split almost exactly down the fault line. I have stood the block upright but still cannot decide what to do with it. It is hard. Harder than marble and brittle like glass, but translucent and so beautiful with subtle orange veining.

Email ThisBlogThis!Share to TwitterShare to FacebookShare to Pinterest
Labels: Onyx